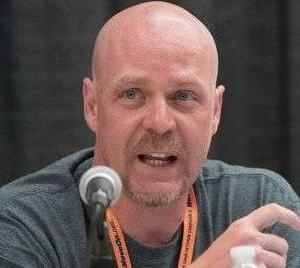 Chris Savage was an industrial R&D chemist for over 30 years before retiring in 2020 to pursue a freelance career in communications. In 2008, while still working as a chemist, he started Eclectablog.com, a progressive news and opinion site focused largely on Michigan politics. He has written extensively about education, labor, Emergency Managers, and the corporatists' efforts to steal our tax dollars for their own personal profit. His writing about Detroit's so-called Education Achievement Authority contributed to it being disbanded after shortchanging the students, parents, and educators in Detroit.

Chris's work has been featured on The Rachel Maddow Show, the New York Times magazine, the Detroit Free Press, the Detroit News, and The Nation magazine, among others.

In addition to writing and reporting for Eclectablog, Chris co-hosts The GOTMFV Show podcast, now in its 7th year. He is currently a Facebook Network Manager for Prosperity Michigan and a content provider for the Committee to Protect Health Care.

In late 2022, he stepped down from a leadership position for the Washtenaw County Democratic Party where he was on the Executive Board for 12 years and served as its Chair for 8 years.